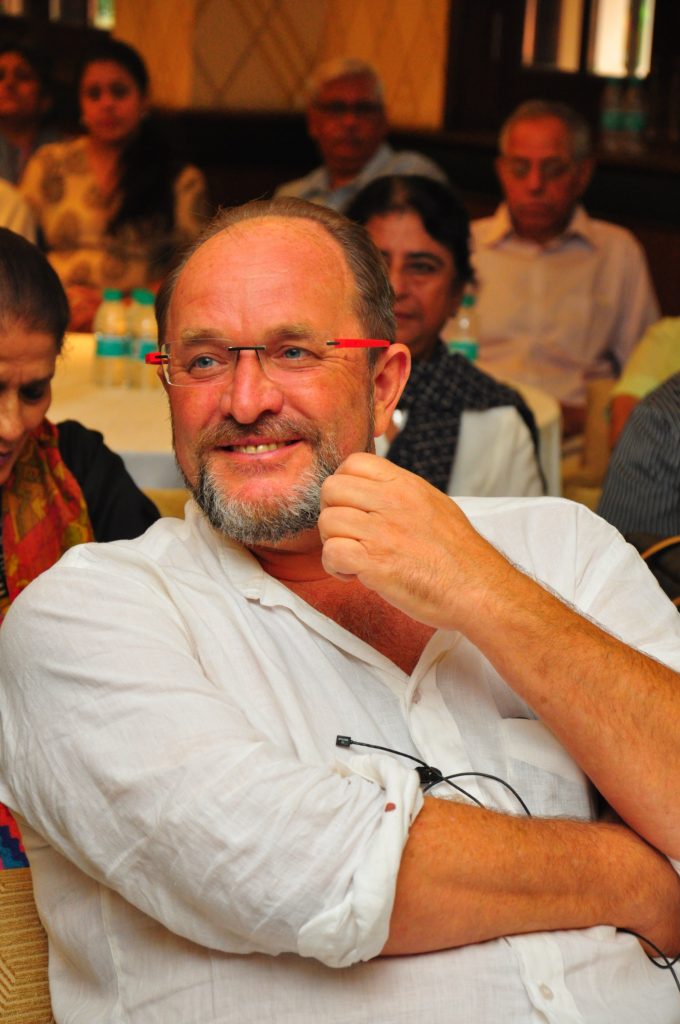 GURUGRAM: Two writers, as different as haggis and halwa, and a chat on publishing (and how to get published) made for a lively three hours early on Saturday evening, at the ‘Fact & Fiction’ event presented by gLiterARTi, at the city’s Club5.

As only he could, celebrated author and historian William Dalrymple brought to life the ‘One Thousand and One Nights’-like story of the Kohinoor diamond, while former diplomat Prabhu Dayal dipped into his memoir, ‘Karachi Halwa’, a tale of Pakistan under Zia-ul-Haq’s iron Islamic rule.

Dalrymple’s engaging manner (like your favourite history teacher’s) combined with a swashbuckling style and turns of phrase that were at once erudite and entertaining. The curse of the Kohinoor, of course, makes up his latest work, ‘Kohinoor: The Story of the World’s Most Infamous Diamond’, co-authored with Anita Anand. “It’s a stone that has generated a huge amount of heat but not a lot of light,” he said.

Much of India’s history is tangled up in myth, and Dalrymple narrated how many a magnificent exaggeration has been built around the provenance and the past of the Kohinoor.We do know that the diamond left Lahore in 1849, and becamethe centrepiece of London’s Great Exhibition of 1851. “A third of the British population came to see the Kohinoor, and it became the rock star of gems, while other — much bigger — diamonds have been forgotten, known only to scholars.”

The Mughals, related Dalrymple, worked hard to build an image of grandeur, of power, might and wealth. All this, however, came crashing down spectacularly, at the hands of Persia’s plundering megalomaniac, Nadir Shah, the man behind arguably history’s biggest loot. Shah raided the vaults of the Mughals and ran off with their gemstones and diamonds (the Kohinoor included).

Indeed, the story of how the Kohinoor journeyed from Persia to India and, finally, to Blighty, is a yarn unlike any other, full of farce and adventure. And it plays a part in what Dalrymple memorably described as India’s “gripping, exotic, violent and sexy” history.

Earlier, Prabhu Dayal offered a fascinating, and chuckle-inducing, glimpse into his tenure as consul general in Karachi (1981-85). It was a tenure he described as both educative and enjoyable, one where, despite Zia’s overbearing Islamisation, he still had the opportunity to attend a mushaira of Faiz Ahmed Faiz’s, and see artistes like Farida Khanum, Mehdi Hassan and Ghulam Ali.

“I must confess I enjoy eating Karachi Halwa, and I eat it as often as I can,” he told the audience. “But while it is delicious, it can sometimes give me indigestion. Likewise, while I have many sweet memories of Karachi, I found the activities of the Pakistan government hard to digest!” Zia, said Dayal, was a wily customer, and an “overpowering” presence in Pakistan. “The striking thing about him was that he was a master of public relations. He was at his very best when dealing with countries – including India.”

Today, Dayal laments, the average Pakistani doesn’t feel as connected to India as he or she once did. And the nature of the relationship has changed, for the worse.“It is getting more and more embittered. And indoctrination is changing the perception of the average Pakistani towards India.”