The Mystery of Blue Eagle 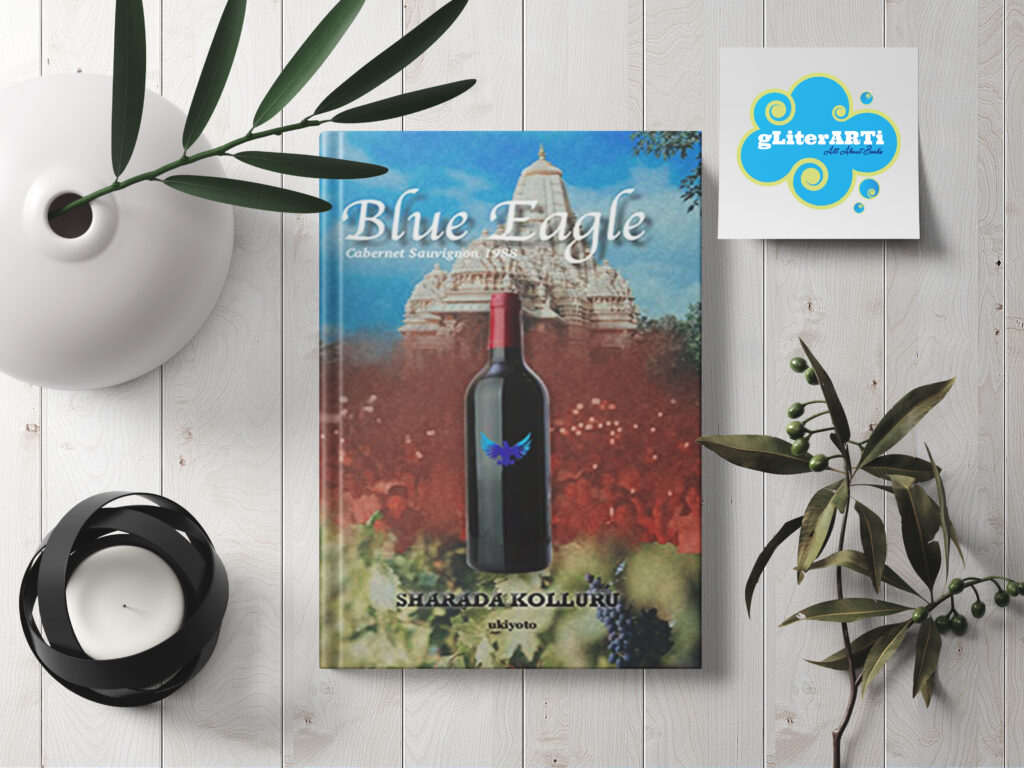 BOOK OF THE MONTH BLUE EAGLE

AUTHOR OF THE MONTH SHARADA KOLLURU

Gentle, soft spoken, imaginative and articulate, Sharada Kolluru who lives in Gurgaon, India, is an author to watch out for.

Author of ‘A Kite Called Korika’, ‘One day in Kaziranga’, ‘Hatchu! Ha-aaaa–tchu!’ and ‘Poran the Postman,’ she has written picture books as well as novels. Her debut novel, ‘Half Single, Half Married’ was followed by the well acclaimed, “Blue Eagle-Cabernet Sauvignon 1988”

M: Welcome to the GLiterArti Book Club. Do tell us about your Author journey 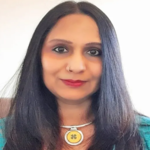 Life is an unplanned journey filled with unexpected turns. One such unplanned and unexpected turn happened in my life too when I started realizing that I have an interest in storytelling and writing. Soon I seriously pursued the interest and took baby steps to come up with a book for children, A Kite Called Korika, followed by a novel Half Single Half Married. The urge to tell more stories motivated me to write a few more books for children, One day in Kaziranga, Hatchu and Poran the postman. My second novel “Blue Eagle” was released a few months ago. So far it has been a steady and enjoyable journey.

M: I loved all the themes in this book. How would you describe the genre of this book?

I would call it a hybrid genre with all the ingredients needed in life.

M: At the heart of your latest book Blue Eagle is the ‘Wine’ theme. What inspired you?

I got inspired by a wine called Screaming Eagle that was sold for a whopping $5,00,000 in the year 2000, at the Napa Valley charity auction.  I could have written about any other drink but to me wine comes across as a nectar of romance, a glass of poetry and a gulp of joy. I would also like to mention that my visit to ‘Kal Bhairav’ temple in Ujjain gave me the idea to come up with the storyline. It was fascinating to see how the deity consumed liquor that was offered.

M: The book is set in the most exotic and unique locales like Italy & Myanmar. Tell us why you picked these countries

Great wineries and splendid vineyards are mostly in countries like France, Italy, U.S., Spain or Chile. Somehow the breathtaking charm of Tuscany wooed me to write about its land, food and people. Moreover, there is so much to write about the Italian culture,  and its fascinating ways of living. The protagonist Neil Randhawa had to be a man living in an exotic country like Italy and this country suited him the best.

Why Myanmar?  I wanted the female protagonist to be an ambitious student seeking admission at a prestigious college in India where her idol had studied and I couldn’t have thought of anybody else but Madam Aung San Suu Kyi and her education at Lady Shri Ram College in New Delhi. With its intriguing history and culture Myanmar made a perfect set-up for presenting a character like Moe Kya Somani. The country suited her the best.

M: How do you flesh out such interesting characters like Neil, Moe, Rawa & the Inspector?

As a storyteller my objective is to create believable and relatable characters that connect with readers easily. I enjoy imagining and writing about their lives while giving importance to their emotions that they are dwelling on. Neil and Moe are not the typical protagonists. They have their flaws, issues, moods and weaknesses, making them real like all of us. Inspector Kanwar Singh is a character that breaks the stereotype role of a police and hence he too comes across as an interesting officer. Also, it is the character arc that makes the lives of the people in the story very captivating.

M: There are two different contexts in which you reflect on love beyond age. Please elaborate on this theme

It’s a regular conflict people all over the world have when it comes to matters of love. Society has no problem if a man chooses a woman much younger than him. Whereas, it becomes a controversy when a woman gets into a relationship with a man much younger than her. When two people are in love age doesn’t matter and this is exactly what Neil figures out by the end of his journey.