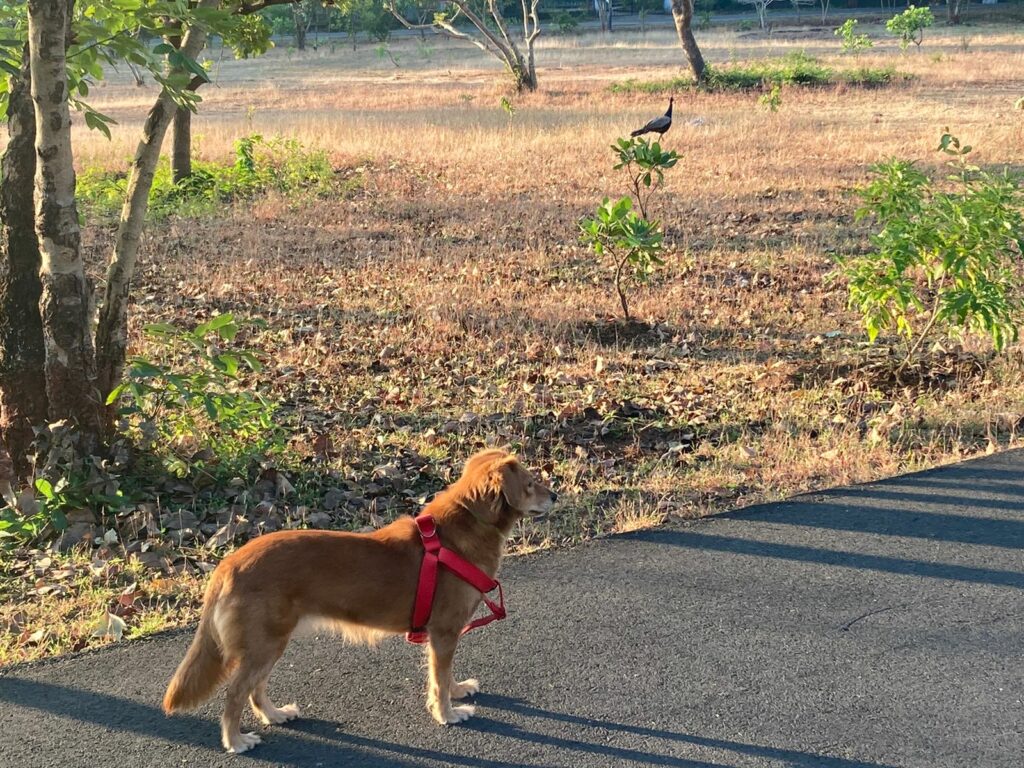 How a rescued Indie became a travel partner

We really didn’t start off well as Laika entered our world rather gingerly. But that is not surprising considering her history. We are told that a kind-hearted family spotted her deep down in the Dona Paula valley jungle area in the vicinity of Panjim, in the thick of the Goa monsoon, and offered bread to keep her going till a rescue team arrived. The rescuers had to be lowered deep down the ravine to carry her up to safety. 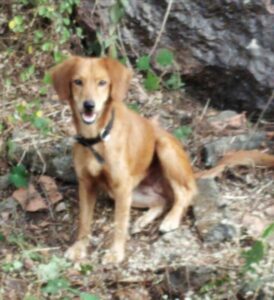 I shudder to think how hard it would have been for her as I even avoided looking at the disturbing images of a little creature trapped in a forested ravine, soaked to the skin in the pelting rain. Once rescued, she was sterilized as per procedure and put up for adoption as there was no way a traumatized pup like her could be left on the streets. The story of her valiant rescue had been narrated to us so we should have been prepared, but as she was handed over, she jumped into the car and then on the back seat with such a clear sense of purpose that we forgot what we were dealing with. She kept reminding us of her trauma as she retreated into her shell and stayed aloof, unsure, and tentative for days together. Not surprising given the tribulations she had undergone. 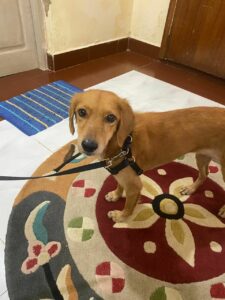 And even though we thought we were suitably prepared to adopt a rescued Indie, it was heart-rending to see just how ‘skittish’ she was. She hardly ever made a sound. Not even a whimper. And she chose to retreat to the farthest corner, preferably under a bed or a table. She avoided attention or company, be it the two-legged or the four-legged variety. We didn’t even know her approximate age, though it was expected to be around a year and a half as per the vet who also told us that she had never been pregnant

We first met her on 22nd June 2020 and even though we were in the thick of the pandemic, she somehow turned it into a joyful experience. 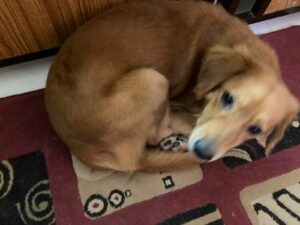 When she first arrived, she neither resisted nor trusted us. But just a few days later, when she sat in the sun after a bath, we saw her tail wagging and her eyes trusting. Having been deprived for so long, she gobbled her food with a vengeance and always looked forward to treats as long as she stayed home. She avoided going for a walk and would refuse to be pulled by the leash. But we noticed subtle changes as she began exploring her surroundings, responding to her name, gently woofing in her sleep, or barking sharply when startled. The day I brought fresh seafood, she looked at me beseechingly and whimpered and of course, began following me devotedly. We also discovered that she would walk by our side quite diligently when left unleashed. 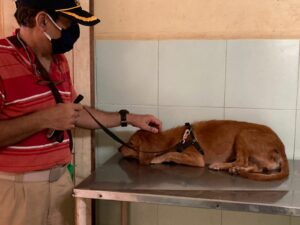 Her early days with us entailed numerous visits to the vet for vaccines and treatments and much as she hated these trips, her fortitude and resignation were inspiring. On the flip side, car rides became torturous as she started associating them with the vet trip and threw up within minutes of getting into a vehicle. This development seemed ominous considering that road travel works well with a pet and we definitely wanted to include her in our wanderlust. 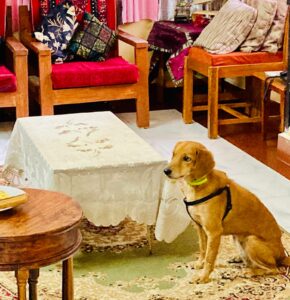 Watch out for the next blog

where Laika overcomes her car anxiety as we turn the backseat of our Mahindra XUV 5OO into a temporary traveling home for Laika. 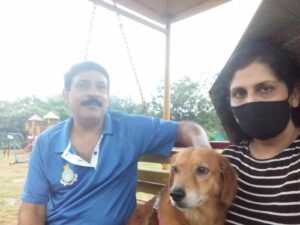