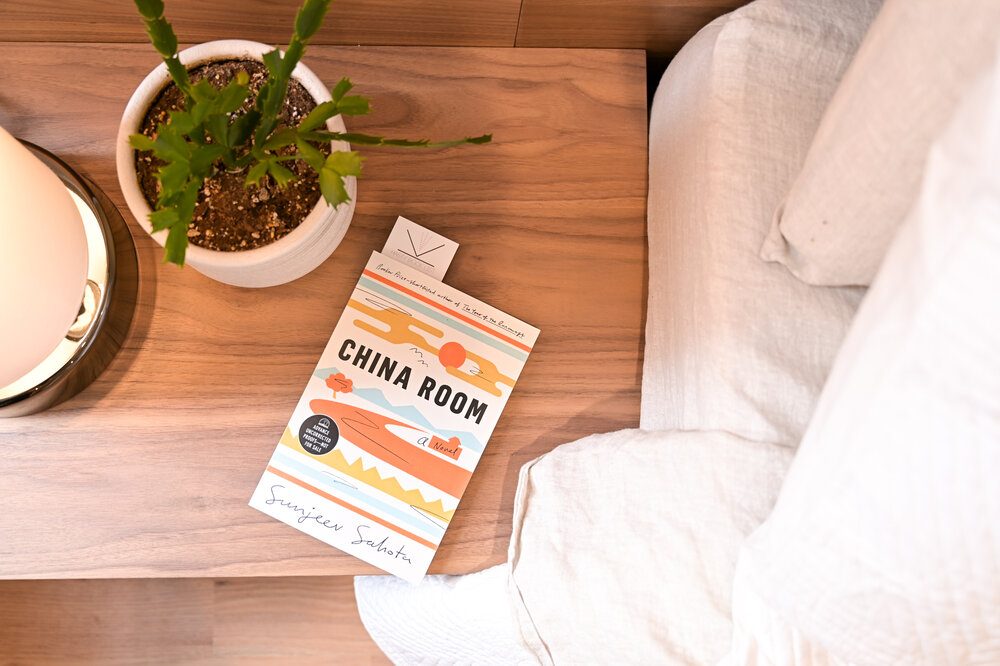 A solitary barred window is a recurring motif in this powerful book by Sunjeev Sahota and like his other books, it focuses on discrimination, social prejudice, alienation and aggression.

China Room meanders between two parallel stories – a teenage junkie and a teenage bride as they go through their personal traumas and journeys of love, loss, loneliness and more. 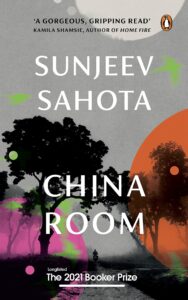 It was on Saturday, 25th September 2021 that 10 members of the GLiterARTi Gurgaon Leisure Book Club got together to discuss the book. It started with Harsaran Pandey’s angst that while Mehar’s story had real three-dimensional people who you could relate to, the narrator’s tale of discrimination had unrelatable two dimensional characters. She felt that the  author’s effort to intersect the two stories was far stretched and disappointing unlike the gut wrenching The Year of the Runaways. Pandey described the book as “a half story”- and that too only a short story.

Brishti Guha found the books’ set up rather weird with a sadistic Mother-in-Law on a power trip but relished the imagination (as exhibited in the romantic hook ups) and the unusual setting. She found the mystery element interesting but unsettling with lots of cliches in a surreal landscape.

Mohan Gulrajani unraveled the mystery behind Booker Prize book nominations and apprised everyone how publishers got together to make the list (and bolster sales at the same time). It was therefore not surprising to know that sometimes the best books actually missed the bus. He found the book sketchy and commented upon the inspiring effect the great grandmother photograph had on Sahota – so much so that he wrote a book on it. He also felt that the year chosen (1929) was to give a time frame to the story and hence, coincided with the Indian Freedom Movement. He brought out the symbolism of whitewash – to clean the house and also to clean out human memory.

Preeti Lamba read the book with great anticipation as she is rooted in Punjab and knows its culture inside out. While she found it hard to swallow the incredulous plot unravelling as also the patriarchy and domineering values of the household but she enjoyed reading the book to enjoy its economical prose in split narrative.

Rikeesh Sharma found a variance in the staccato prose of the beginning and almost lyrical prose towards the end of the book. Themes of alienation, system disenchantment, patriarchy was appreciated as was the prose, the platitudes and the forbidden love. He felt that the impact of English phrases usage lost out against vernacular and rustic comments, which were conspicuous by their absence. A societal, physiological, emotional and complicated novel which ended on an optimistic note made him reflect on the karmic nature of life cycle as seen through the two parallel love stories across generations.

Sonya Singh Verma found the book undeserving of being included in the Booker Long List. She found Mai, patriarchal and one who carried the story forward as a strong mother figure. She felt that the two stories had been yoked together forcibly and felt that the drug addict finding salvation brought about a forced ending to the book and everything got wrapped up too fast in the end. 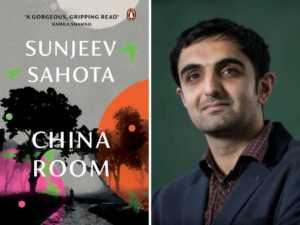 Meenakshi Sharma enjoyed the power of strong storytelling showcased in China Room and was far more subsumed by the story itself even though she equally appreciated the intellectual capacity of Sahota given his community college education. Powerful metaphors particularly the symbolism of using the prison house to portray oppression managed to give it a real yet other worldly quality. The parallel stories made sense with a separate British and Punjabi look at prejudice and she cited excerpts of Sahota’s interview at the JLF including the  genesis of the book from a photograph.

Sudershan Sharma found the book a good example of diaspora literature and talked about themes of belonging, love and acceptance as also suffering. She commented on the eroticism in Mehar and Suraj’s relationship and loved the lyrical description in prose.

Undoubtedly Sahota’s new novel, China Room, shines a light on contemporary British Asian life but the real story is that of love, loss and loneliness. Sahota started the book for retelling “an old family legend” and found so many parallels in his parent’s life that as he says, “There’s this mutual haunting”