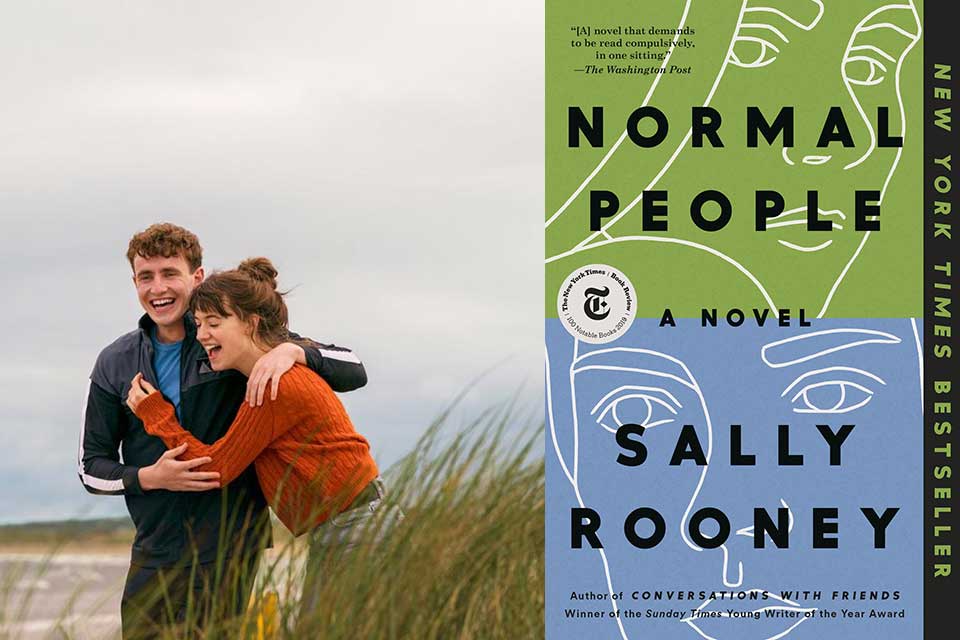 Harsaran Pandey’s review of the book 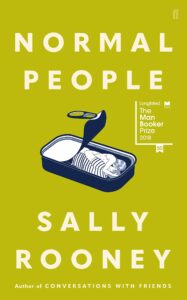 Despite the title, “Normal People”I find the book, is about people who are far from normal. Both Marianne and Connnell are in their own ways ‘damaged’. It is a story about adolescent love where it is a dance where the two main characters meet and part and meet and part, many times. It is also about mental health issues, about self identity, the class divide and about aggression and about relationships.

Marianne suffers  from lack of self worth . In school she keeps to herself even reading through her lunch as she cannot share with anyone else. Her lack of self esteem  isbased on an abusive father and brother who hit her and a mother who decided.early in her life “that it is acceptable for men to use aggression toward Marianne as a way of expressing themselves” and despite being witness to her son’s violence towards Marianne, she can only hurl abuses at, and blame her daughter.

Connell at school is the popular one, a sports star, who belongs to a group of trendy friends. But he has no sense of “self” and he can define himself only through the mirror of his peers. This is the reason that though he is regularly having sex with Marianne, he doesn’t want anyone to know, as he  worries they would judge him since he was with someone they consider strange.  To   Connell peer opinions matters a lot, so  he invites another girl to the major dance event in school instead of Marianne. On finding out, Marianne is so broken, she quits school and stays at home, only surfacing to ace all her exams.

In Trinity College where both are studying the balance is turned as Marianne fits into the social “set” where  her thoughtfulness and frank discussions about literature, politics and sex make her a favourite amount her classmates.

Connell finds that he is lost, and cannot see himself fitting in with the crowd..The social inequity and even how he dresses keeps him apart.  He feels that in Trinity everyone moves through the world in a different way from him.. He says “In Carricklea, everyone knew who he was already and there was never any need to introduce himself or create impressions about his personality…..his personality in the school setting seemed managed by the opinions of   others rather than anything he did or produced.

Both look for other partners and different experiences.  Marianne is increasingly reacting to her hidden inner self that loathes itself. In the new sexual relationships she initiates the move for her boy friends to use violence as part of their sexual encounters. When she once asks Connell whether he would agree to hit her during sex, he firmly replies that he can never do that.

The story is also about the inability of both to communicate properly and this leads to many serious misunderstandings. Yet for both, sex is the way they do communicate, and  always and fully- with a feeling of belonging completely  to each other. 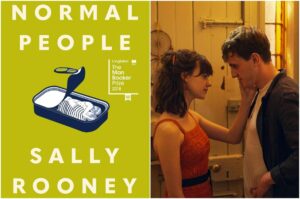 Connell’s worst period is when he spins into depression after a friend from his school days dies. He tries to simulate being dead; he lies  down and hopes to  let himself dehydrate to death. He also sees a counsellor

Two other points, 1)when finally Connell threatens her brother that he will kill him if he lays a finger on Marianne or speak badly about her.   he then takes the physically and mentally broken Marianne with him and helps to heal her.  For the first time in her life she feels that she  is is now finally a normal person.

2)When Connell  tells her he loves her, she recalls the pain she felt  all those years when she believed she was unworthy  of being loved. “He brought her goodness like a gift and now it belongs to her.”

The ultimate declaration of his feelings for her is  at the New Year party at the restaurant, when Connell takes Marianne in his arms and kisses her, and deliberately lets people see the chemistry between the two . Marianne knows that all her life she was totally in his power and is so happy to see that he had chosen to redeem her by this open display of his love for her.

Looking back on the book, I vote for a “like” and yes I believe Salloy Rooney, the author will go further and keep going stronger.